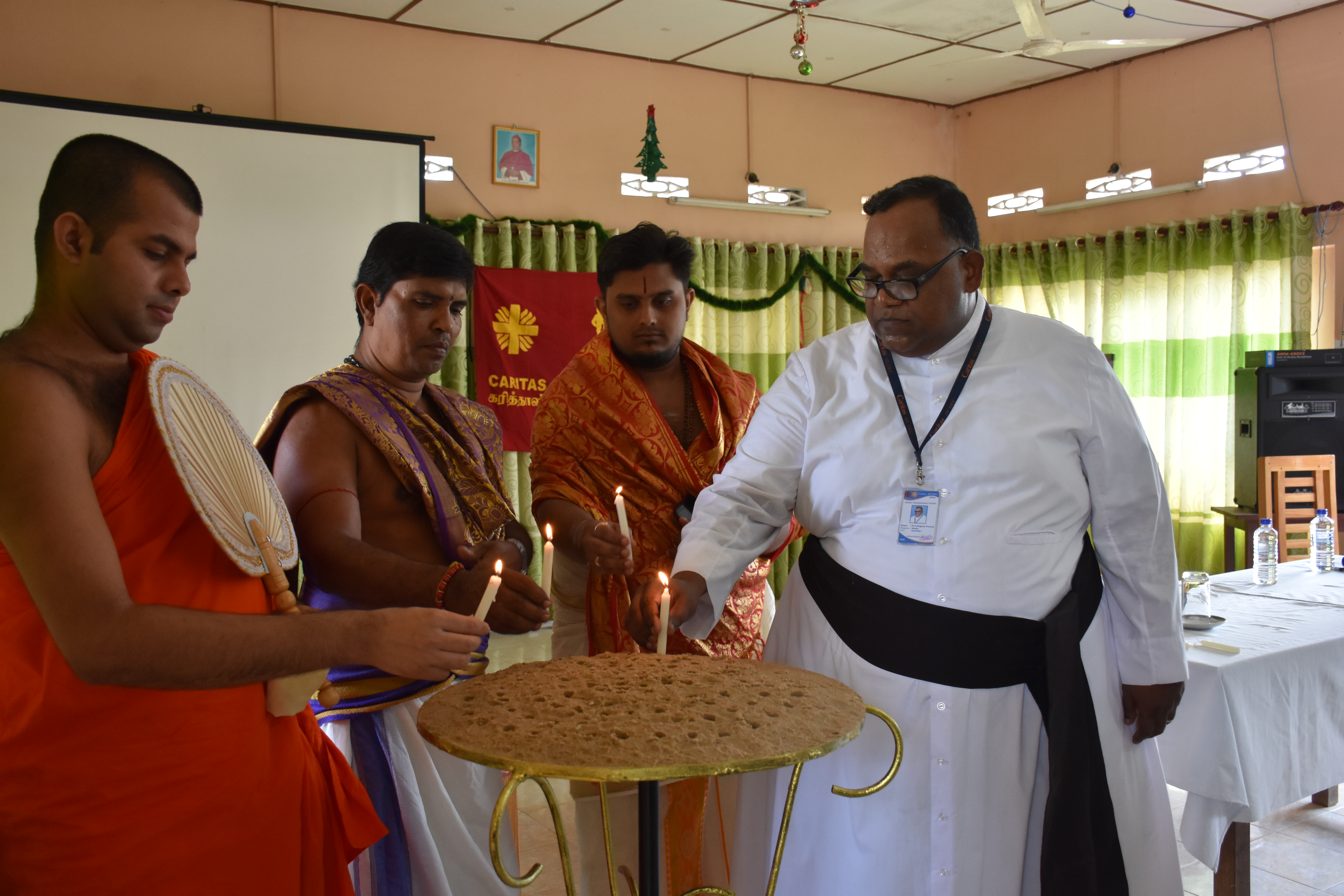 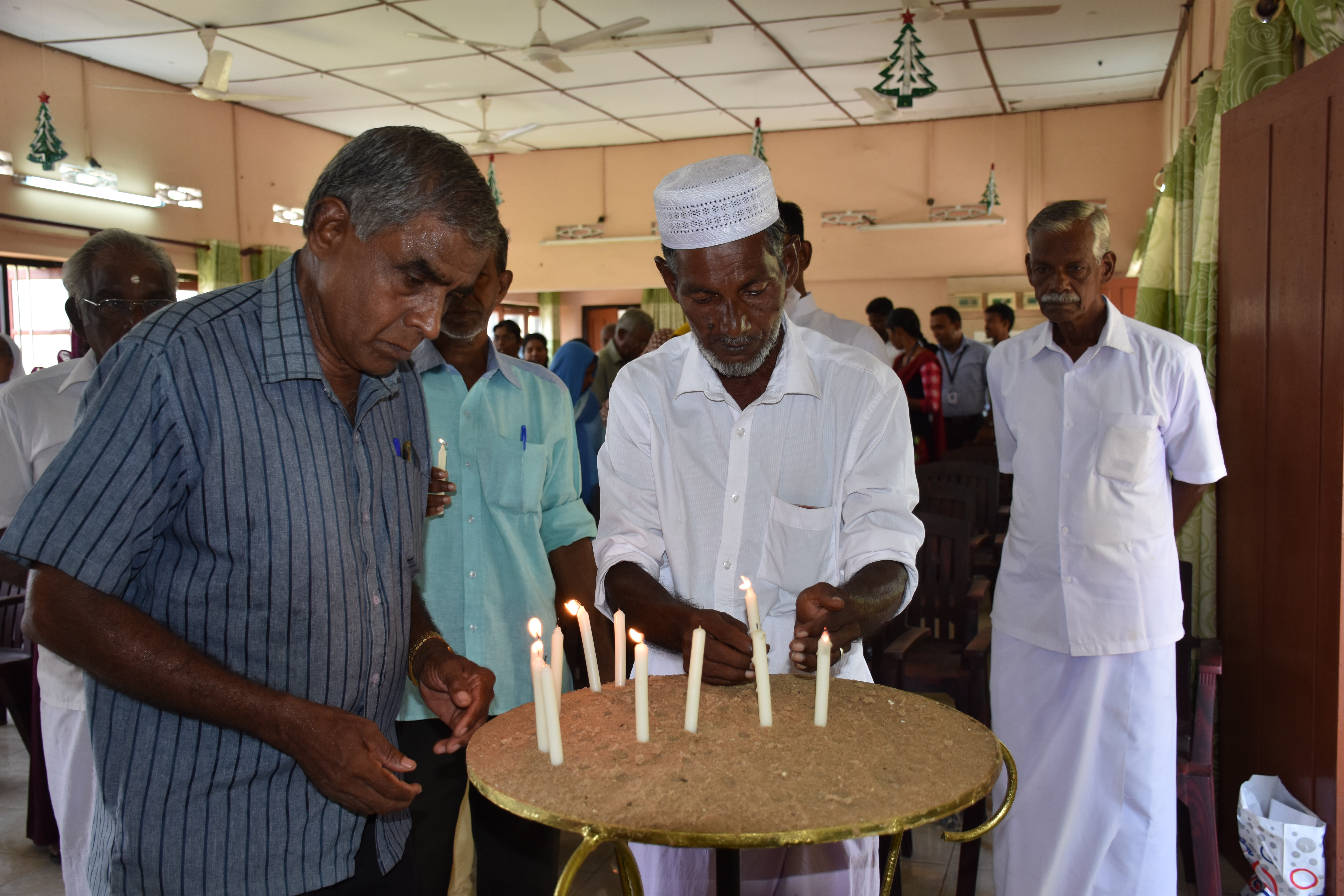 A tribute for the victims of the 21st April 2019, Easter Sunday bomb blast was held at HUDEC-Caritas Jaffna on 14-05-2019. Two minutes silent prayer was observed and thereafter candles were lit by the leaders of Hindu, Christian, Muslim, Buddhist and the participants. Revd. Fr. S. Eugene Francis, Director HUDEC-Caritas Jaffna presided over the event.  He said that in this crucial time we all have to joint hands together.  Religious Leaders of all four religions have to guide the people on positive way.